As I blobbed on the sofa today, melting slightly and flicking through channels on my mum’s telly, I came across the end of an episode of the brilliant World at War series. We had watched several episodes of a boxset of this in high school history classes, and I’ve been meaning to get hold of a copy of my own for a long time now.  The part I watched was recounting the fall of Singapore, the largest ever surrender of British forces – some 80,000 men. At the same time, I had been following @RealTimeWWII on Twitter, and received the following tweets:

‏@RealTimeWWII U-boat has torpedoed HMS Wakeful, returning from Dunkirk. 650 soldiers were jammed below decks. 1 of them has survived.

Which stopped me cold for a second. The cruelty and horror of the whole thing struck me. I mean, I’ve been studying WW2 in various capacities since I was about 8, so that it was bad was no news to me, but regardless, it struck me. World War Two was really bad. As stupid as it seems, I quite like to remind myself of it, lest it get forgotten under the really cool video-games based around it, and all the really incredible stuff that happened during it. It was terrible.

Last week, a friend of mine castigated me for being utterly cynical and defeatist. It’s something that’s been getting worse and worse. I had my revolutionary phase at about 16/17, got disaffected with that, and moved into a sort of limbo of political dissatisfaction.  This grew ever more all-encompassing, moving from me just not being sure I believed in the prospects of a Marxist revolution or even liked the idea, to me not even being sure I believed we could get a semi-cuddly Keynesian-lite neo-liberal government instead of an evil one. For what it’s worth, I still don’t see where change is meant to come from.

A couple of weeks ago, not sure why, I had a bit of a Heroic BSOD. I realised that I was getting only anger and grief out of reading the news, and decided to pull back a bit. I also realised that, I was quite happy to sell out. I still feel like, insofar as there’s no chance of (amorphously defined) real, profound, systemic change of the kind that is needed, I don’t feel I have the integrity to pull a George Monbiot* and be noble. I realised I would probably take a job from Goldman Sachs upon graduation if it meant I could have my well-stocked liquor cabinet, my apartment in the city centre, etc.

The BSOD came from the fact that I realised that, unlike my parent’s generation, me selling out has fuck-all meaning. Instead of being unemployed and noble, I’ll be unemployed and craven. Big deal. The absolute lack of any green shoots in the future is what has been really crushing me, I think. The system doesn’t seem to be able to adapt to the necessities of climate change, and at the pace it moves, I struggle to see how we won’t reach the tipping point that sets off the chain reaction of apocalyptic warming. More leftishly, there are some terrifying articles floating around about how the capitalist system is breaking down entirely and there can be no return to growth [the site appears to be down, but look up Aaron John Peters on opendemocracy.net. Terrifying]. Everywhere I turn, I see some new reason to despair. The Eurozone collapses, and Europe looks darker. The absolute depths of human barbarity in Syria. It is fucking bleak.

Then I thought of something. This moment. 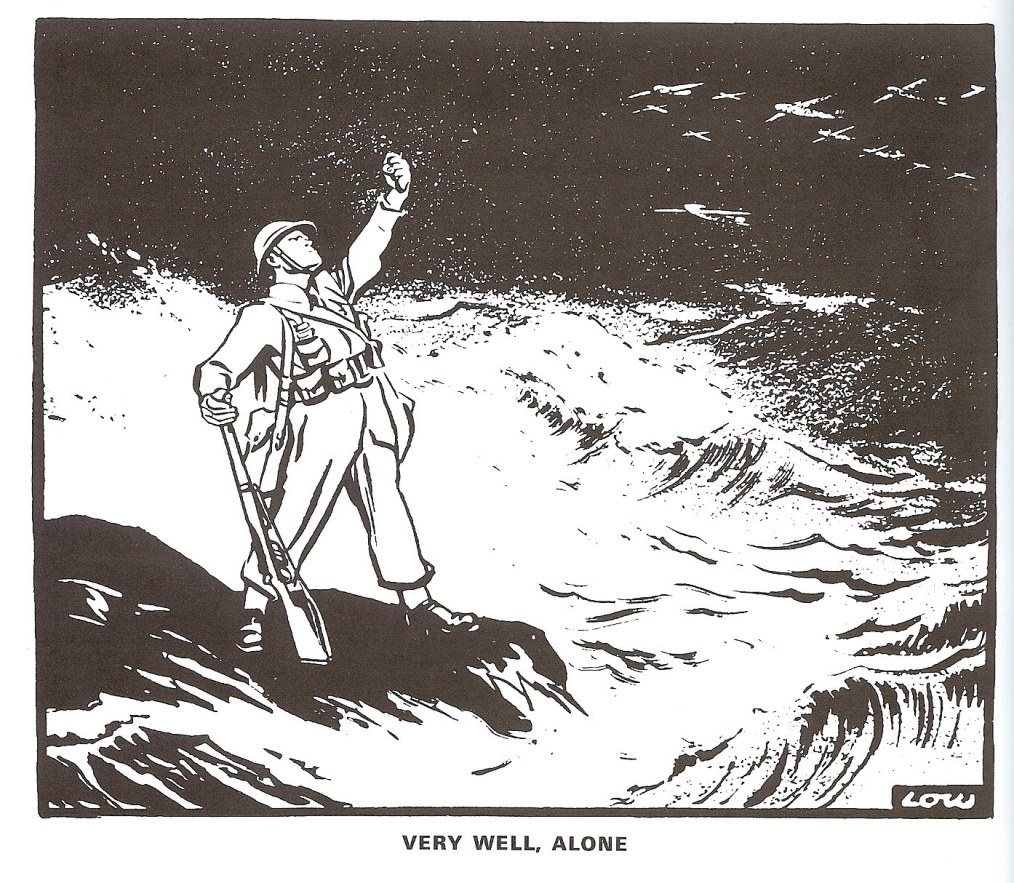 This isn’t some sort of trite “we have nothing to complain about” post, because I hate them. Nor is it an enjoinder to summon up that Blitz spirit and soldier on through, because god knows we get enough jingoistic bollocks rammed down our throats these days in Britain as it is.

It’s just something that, on some level, makes me a bit more optimistic. If I had been writing this blog 70 years ago, Stalingrad would be under siege, the Japanese Navy would be steaming across the Pacific and, I daresay, things would look pretty fucking bleak, even if, as would be likely, I wasn’t actually on a troopship somewhere. By the end of the year, the Japanese offensive would have been blunted and reversed at Midway, the German one at Stalingrad. By the end of the decade, rationing would be over, and a period of sustained prosperity and increasing living standards was about to begin.

If I had been blogging 70 years ago, I daresay I would have been as pessimistic as I usually am. Possibly with more justification. But what a tit I would have looked fifteen years down the line. All the more so today. If, as a species, we can come back swinging from World War fucking Two, maybe the GfC isn’t all that it’s cracked up to be.

Which just puts some welcome perspective on things, really.

*Cynicism aside, that post is an incredible one, and well worth the read. 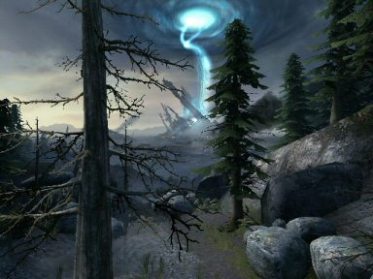 As is the standard practice during exam-time, I just completed a play-through of Half-Life 2: Episode Two. Well, a play-through starting from after the mines, because I hate antlions. Several times over the course of my journey to White Forest, I found myself pleading for a set-piece to end, crouching behind a counter as bullets zipped all over the place, and then, once I had beaten the final enemy with an improbably reckless charge (inevitably, the attempt in which I didn’t die was always the most seat-of-the-pants), paused for a moment, and instantly wanted to do it all over again. Even sitting here now, having spent probably around an hour on the final battle, I’m having to resist the temptation to start the whole thing over again.

This is one of the many things, to me, that makes Half Life 2 (I can’t speak for Half Life as I haven’t finished it in a while) so incredible. In other shooters, Call of Duty comes to mind, each firefight is vaguely enjoyable, but pretty stressful, and once it’s over, the improbably endless stream of enemies (seriously, where are these terrorists recruiting? Kamino*?) dispatched, you just trudge on to the next one, which, likely as not, will play out in a similar fashion. I don’t know what it is, but there’s not that same childish glee of “again! Again!” that I get at the end of so many set-pieces in Half-Life – especially Episode Two.

Which makes me feel terribly upset that within a year, we’ll probably have had another wildly successful Call of Duty game, and nothing more than some wildly overstated rumours of Episode Three. I think I want that game more than another Batman: Arkham ___ game.And that’s saying something.